David Clark recently introduced the ONE-X headset. At $895, it is the most expensive headset that the green dome company has ever released. We’ve been getting lots of inquiries from pilots wanting to know if this is the next big thing. So we took it up for a test flight. I know, tough gig, right?

Right out of the box, we could tell this ain’t the David Clark grandpa learned to fly with.The metal headband with round plastic ear pieces has been replaced with an alloy headband and slimline ear domes. Folding flat for storage, the ONE-X takes about 35% less space than conventional headsets. 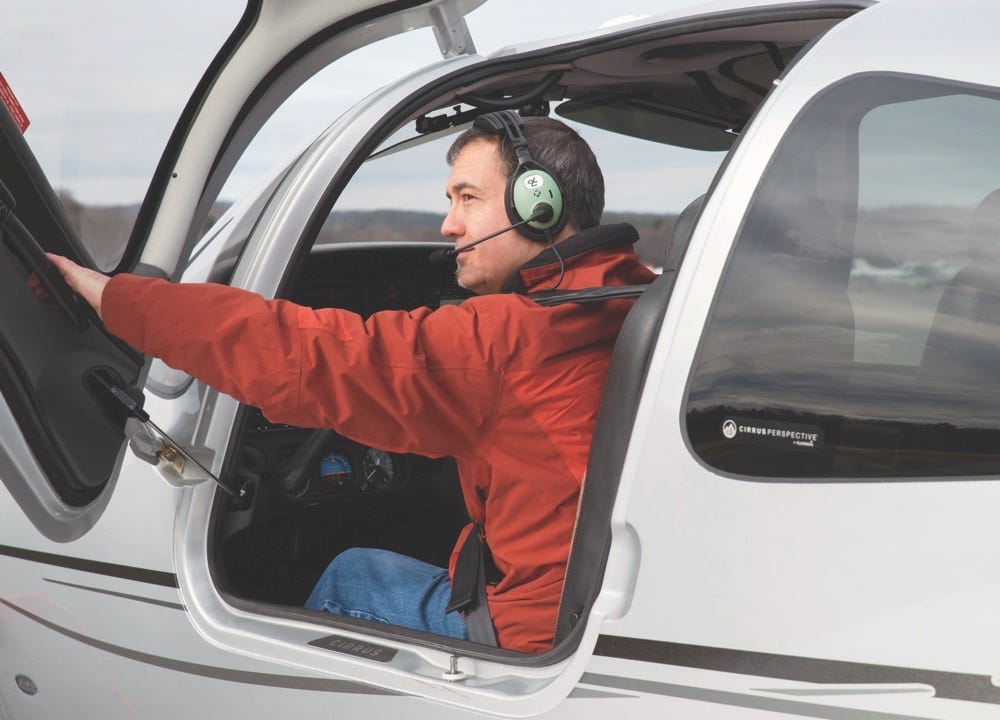 It has much of the same form and function as the David Clark Pro-X. Released a couple years ago, the Pro-X is an on-the-ear headset that provides a decent amount of active noise reduction in a lightweight form. Unfortunately, on-the-ear headsets aren’t ideal for piston aircraft, as the increased noise levels often demand more reduction. David Clark listened to customer feedback on this one and created the ONE-X. It’s simply the Pro-X headset with an around-the-ear design.

We took off in a 172 on a warm afternoon in April. The alloy headband was easy to adjust on my oversized head. Right away, the comfort was noticeably better than the David Clark headsets of yesteryear. The communications were clear, and the mic did a great job at canceling ambient noise. Bluetooth was simple to connect, and the audible beeps from the control box provided good input feedback. Halfway through the flight, I changed over to a Bose for a few minutes for comparison. 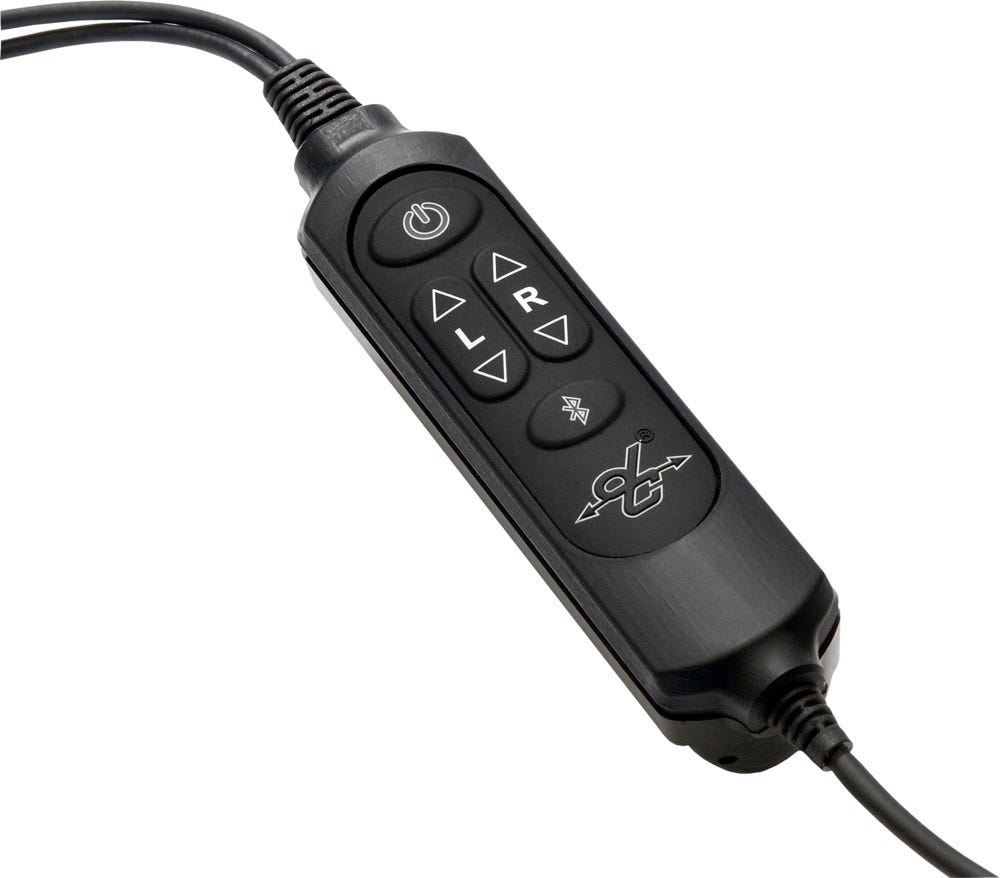 Ear Seals - David Clark’s new plush ear seals provide superior coverage and don’t separate from your head when turning to the side.

Control Box - Kudos to David Clark for creating a simple, high tech box with great Bluetooth music. Let’s face it, many pilots want to listen to tunes on cross countries, and the ONE-X doesn’t disappoint. The default setting is for music to mute on radio calls, but it’s easily adjustable to stay on full time. The electronic volume controls are a great bonus. While not as precise as a slider switch, it’s also less likely to get accidently bumped during flight.

Headband - The new alloy headband is easy to adjust, and relatively light. The new head pad is a little larger than most, but that’s a good thing as it redistributes the weight nicely. 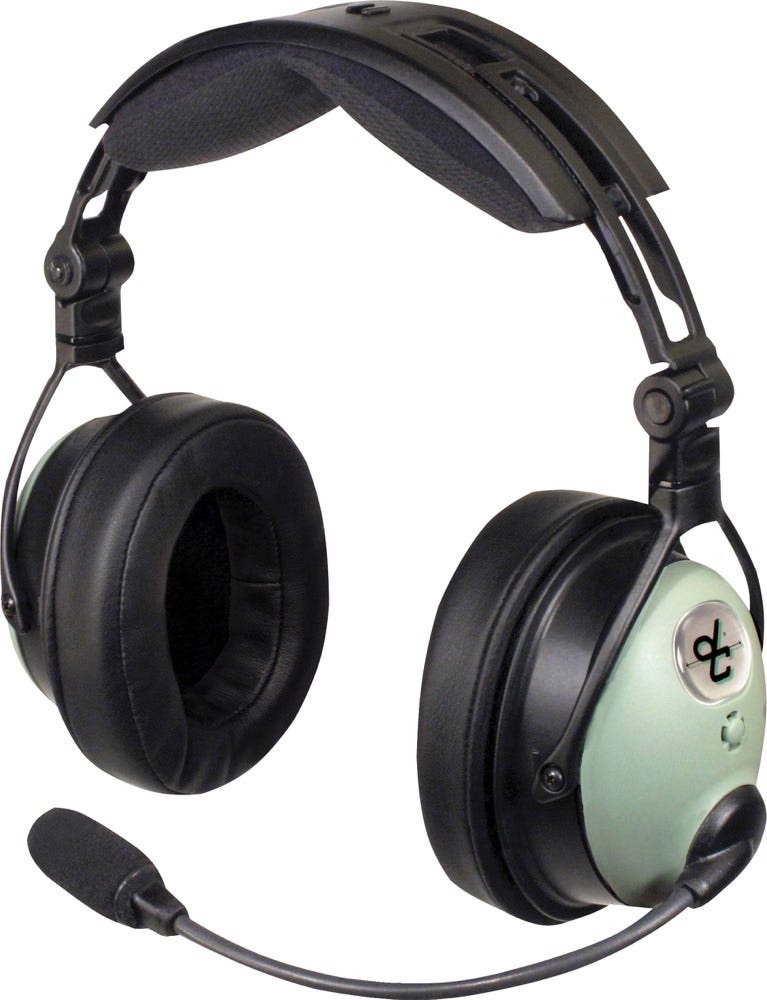 Clamping Force - The ONE-X has noticeably more clamping force than other headsets in the same price range. While I listed this under a con, this also could be a pro. As David Clark has learned after decades of headset production, more clamping force leads to increased passive noise reduction. If your batteries happen to fail in flight, the passive noise reduction of the ONE-X is enough to get you home without yelling for two days after landing.

Storage - While folding for storage is good for space, it’s not ideal for the ear seals. If the seals are compressed during storage, it takes a few minutes for the foam to get back to form. In the meantime, the headset feels a little lopsided.

Total ANR - While the noise reduction was good, it wasn’t as good as a Lightspeed Zulu or Bose A20. We switched back and forth between the headsets for comparison, and the ONE-X let a little more noise in. For those wanting to hear engine pitch changes better, this may be a positive. While the ANR is still more than enough and the ONE-X is the best David Clark headset ever, its ANR capabilities are still behind Bose and Lightspeed.

David Clark has been manufacturing headsets seemingly forever. The H10 series headsets are still most student pilots’ first headset. Until now, David Clark didn’t have a good ANR option for those students looking to step up. The old H10-13X headset with a 9 volt battery belongs in the antique roadshow next to the rotary phone (sorry Mr. Clark). The ONE-X is a major upgrade and great option for those wanting to stay in the green dome family. You won’t be disappointed stepping up to this headset from their passive models, and you probably won't ever go back.

As always, if you're not sure, try it out. Sporty’s Flight Test Guarantee allows you to purchase a headset and return it if your test flight doesn’t go as well as mine did (within 30 days).

For more information or to buy now, click this link or the picture below.

Posted in PIREPs By