One of the most popular flight simulator hardware controls we sell at Sporty’s Pilot Shop is the Flight Sim Joystick from Logitech. This is one of the most tenured hardware pieces in the Logitech brand of flight simulation options, which may be a contributing factor, but I believe it’s more because of the value this stick brings. Not only does this flight stick offer control of the four axes needed to fly, you won’t be able to find a lower priced flight stick (currently serviced) on the market. 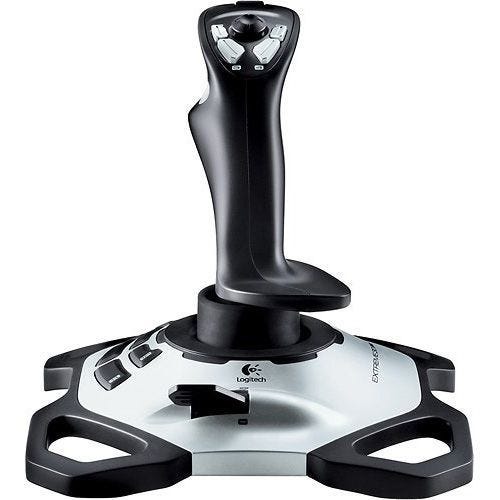 In today’s flight simulator environment, featuring terabytes of data forming the global landscape and algorithms calculating wind speeds and their effect on an airplane's position and angle of attack, it would be borderline negligence to try and pilot a digital airplane with a default keyboard and mouse. The airplane’s controls that I would classify as NEEDED in order to pilot a plane would be roll, pitch, yaw, and throttle control. Roll and pitch are obvious contenders to keep an airplane doing what it should. Yaw can be discounted if you don’t care about coordinated flight, but it’s also extremely difficult to taxi the airplane on the ground, hold centerline on takeoff, or land with any crosswind component over 3 knots.

Who wants an airplane with a dead throttle? Yes, you could configure a mouse wheel to take care of the throttle feature but it’s more realistic to have a lever that allows you to control the throttle, whether firewalled on takeoff or critiquing those small changes when changing a descent profile. Keep in mind this lever can also be configured for mixture or propeller setting if desired.

The hat switch on top of the throttle offers the ease of transitioning to new viewpoints or angles inside and outside the airplane. Much easier to look over the left shoulder and confirm it’s time to turn from downwind to base with the hat switch. The additional four buttons on top of the stick and six on the base of the throttle offer ample opportunities to customize this system for any digital mission. If you aren’t in the mood to devote time to configuring or customizing the flight sim stick to your preferences, it is compatible out of the box with the new Microsoft Flight Simulator 2020 and X-Plane 11 with the pertinent commands (pitch, roll, yaw, throttle, flaps, and elevator trim) pre-configured to allow instant enjoyment. 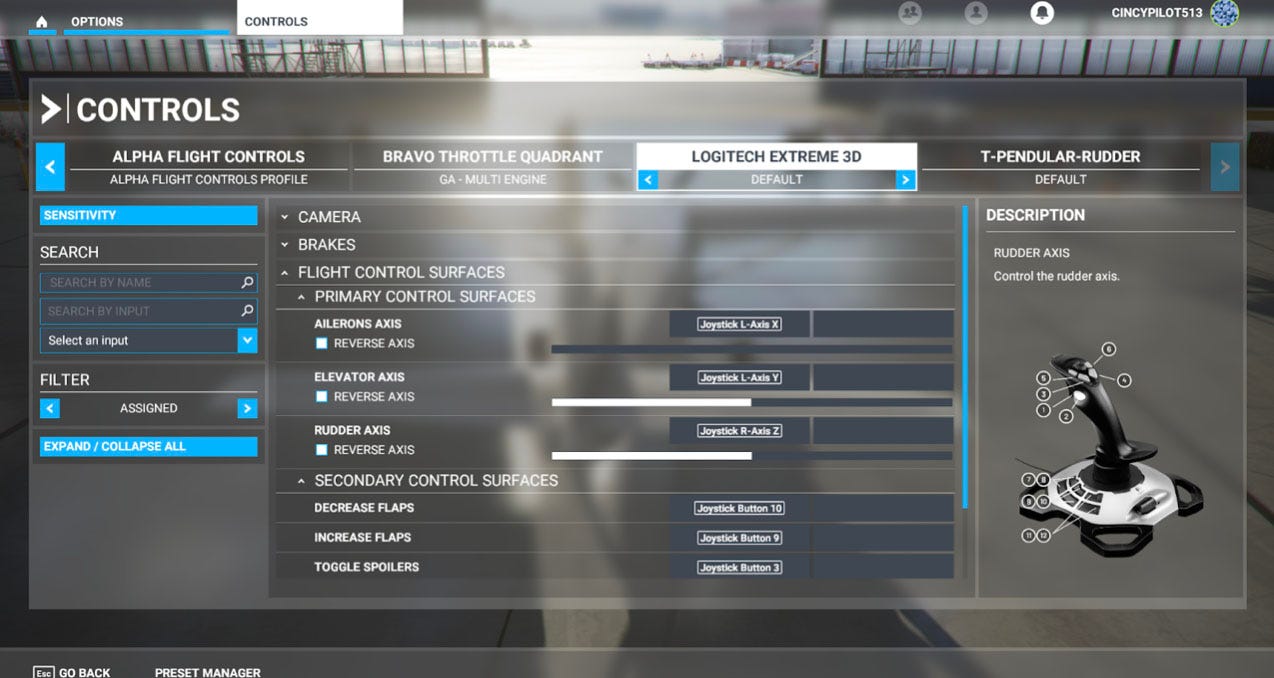 In the world of digital flight, where every detail of the environment can be edited to your preference, the number of settings can sometimes become intimidating. The Logitech Flight Sim Joystick, on the other hand, won’t contribute to your digital preflight workload and is—in our conclusion—one of the best value hardware pieces. It’s tailored towards a seasoned simmer needing a control input with a small footprint, but on the opposite end of the spectrum it’s able to assist someone wanting to enter the flight sim world with a limited budget. We’re sure you’ll appreciate the ability of the flight sim stick, just as we do here in the Flight Simulation department of Sporty’s Pilot Shop.