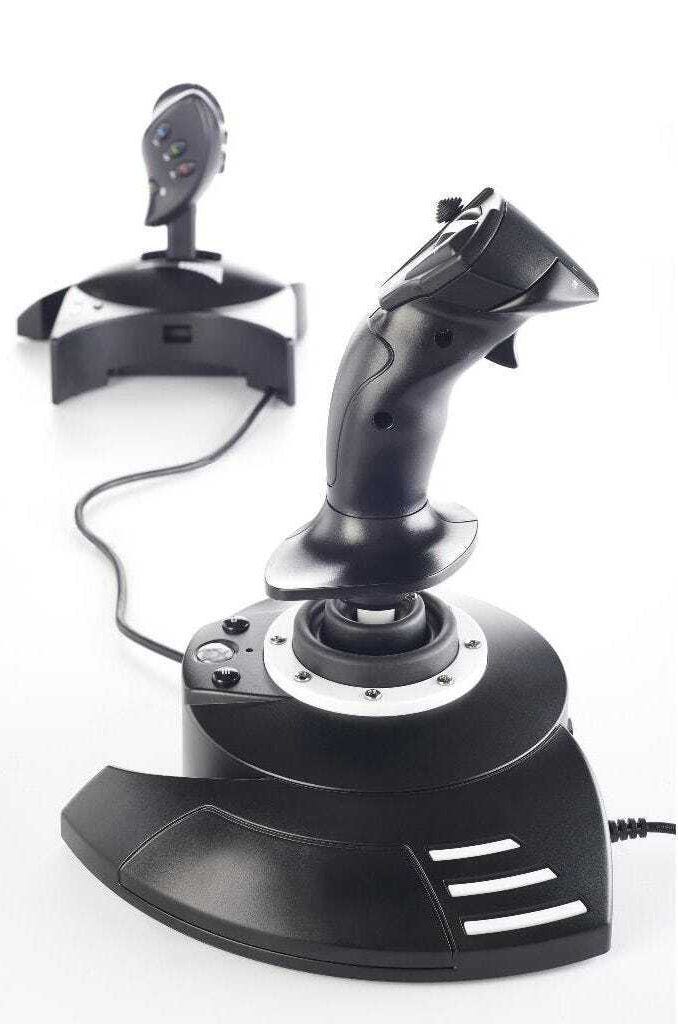 The Thrustmaster brand was born over 30 years ago from a team of engineers and pilots with backgrounds in the US Air Force, Navy, and NASA. Their core values of “Passion, Quality and Innovation” are evident in the Thrustmaster HOTAS One Flight Simulator Stick.

The first thing you notice when taking the HOTAS One out of the box is the design of the stick and how it’s complemented by the throttle lever. Out of the box the two pieces are disconnected, allowing you to position them for either left or right seat simulated ops. If desk or table real estate is tight, both pieces will lock conveniently together and the two included screws create a durable and stable feel for the stick and throttle.

Once you have your HOTAS One situated, the real fun begins. The stick and throttle comfortably takes care of the needed flight controls—and then some. The stick handles pitch, roll, and yaw (twisting of the stick clockwise or counterclockwise commands the simulator to engage rudder pedals) and the throttle lever smoothly travels forward and aft with a slight detent at the middle of its travel.

The term “HOTAS” is an acronym for Hands On Throttle And Stick, which has found success in the VR community because you don’t have to move your hands looking for buttons while you have a headset over your eyes. The detent in the throttle movement is a subtle way of indicating to the user that they’ve reached 50% of travel, and one additional feature that Thrustmaster made sure to include in this detailed device.

The HOTAS One also includes 15 configurable buttons along the device and also has a preprogrammed 8-way hat switch on the top of the stick that will make it easy to change your view while digitally flying. Think of the hat switch as a way to instruct the camera which direction to point while you're inside or outside the airplane. You’ve just made it abeam the numbers on downwind and you’ve started to pull back on your throttle. You’re in a left hand pattern and after descending almost 300 feet you want to look over your left shoulder to see if the runway is in the correct location—move the hat switch to the location in between the 180 radial and the 270 radial (225 radial to be exact) and the program will know to move the camera to look to your back and left. 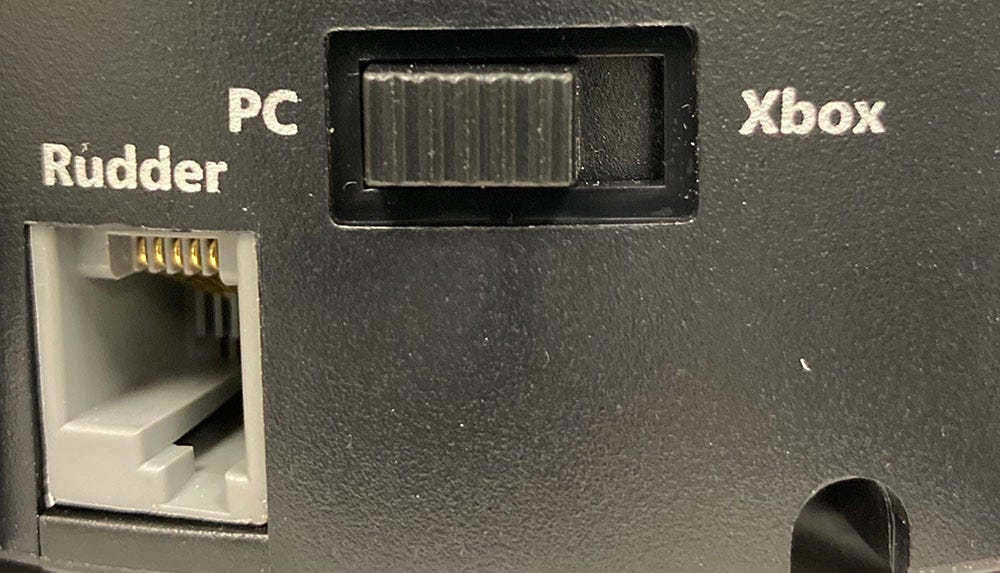 The back side of the throttle lever also includes a two-way horizontal rocker that is identical to the rudder trim paddle you find on the backside of a Pilatus PC-12 throttle lever. The front side of the stick includes a port for the Thrustmaster branded rudder pedals (the TFRPs or the TPRs) and last but certainly not least, you can switch the HOTAS One between PC and Xbox operations with the flip of a switch. All of these controls, buttons, levers, and stick movements come preprogrammed regardless of which flight simulator program you are running so it is conveniently plug and play. But, if you would like to change them around to your liking, you have that option also.

In today’s flight simulator environment, featuring terabytes of data forming the global landscape and algorithms calculating wind speeds and their effect on an airplane's position and angle of attack, it would be borderline negligence to try and pilot a digital airplane with a default keyboard and mouse. The Thrustmaster HOTAS One may not be the lowest priced stick on the market, but it is one of the highest valued flight sticks we’ve tested and we’re sure customers avoid buyers' remorse with this flight stick.