The purpose of this three part blog is to grade Microsoft Flight Simulator versus X-Plane on a wide range of features. Each program has its strengths as well as its weaknesses and it’s worth researching those before financially committing to a software trainer. Edition two covers your first five minutes in both programs, weight and balance, failures, and designing a flight plan.

Edition one of this blog series covered the technical aspects and computer requirements to run each of these programs. Now we’ll focus on what each program offers within your first five minutes of firing it up.

Microsoft Flight Simulator emphasizes the user experience—not only while we’re flying and enjoying the beautiful landscapes outside the airplane, but also as we’re preparing to fly. The user interface on Microsoft Flight Simulator makes it as easy as possible to start flying with minimal to no learning curve. From home screen to flying a Cessna 172 at Clermont Country Airport, it takes a total of four mouse clicks to have the engine running on the runway 22 centerline. Of course we have rabbit holes to drill down into (marketplace add-ons, training lessons, challenges, etc.) but we also have an expedited method towards getting digitally airborne. 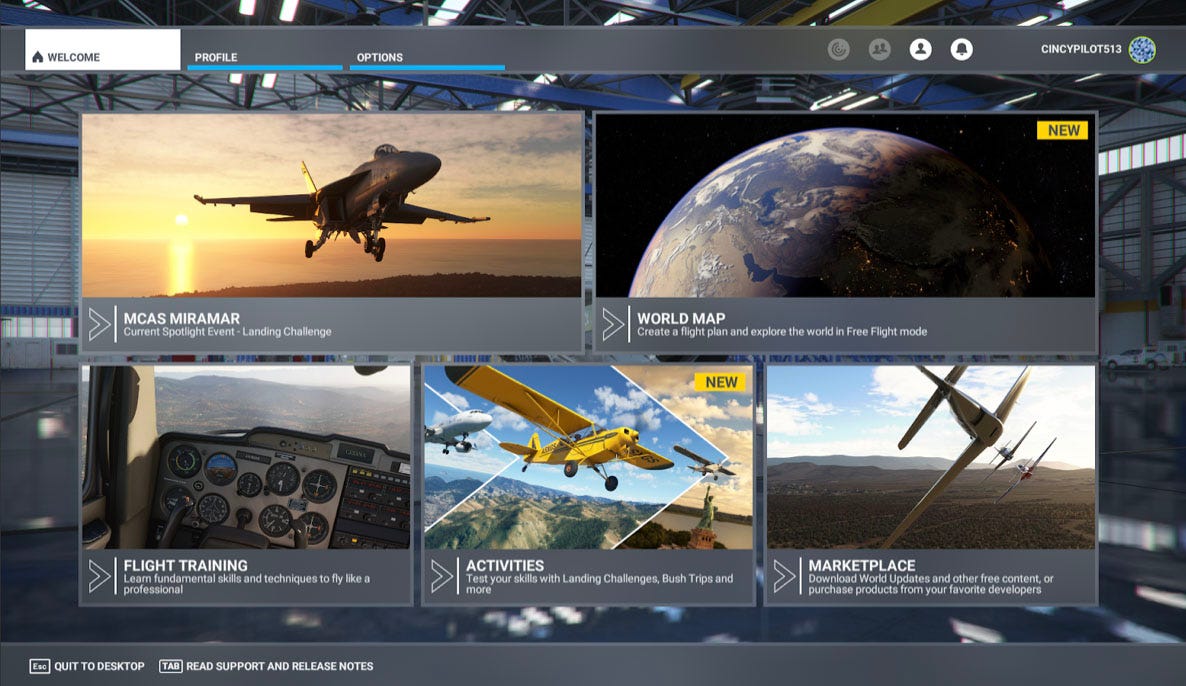 X-Plane provides a more detailed path of least resistance in order to fly our airplane, but it is still a very easy to follow menu. From homescreen to engines running, X-Plane requires a total of three clicks. X-Plane also offers a convenient “Resume Current Flight” tab that will pick up exactly where you left off from the previous shut down. The additional features in X-Plane outnumber what we can critique in Microsoft, which we attribute to the age of the X-Plane program (X-Plane 11 launched 11/25/2016. vs MSFS launching 8/18/2020). More on some of those personalization options later. 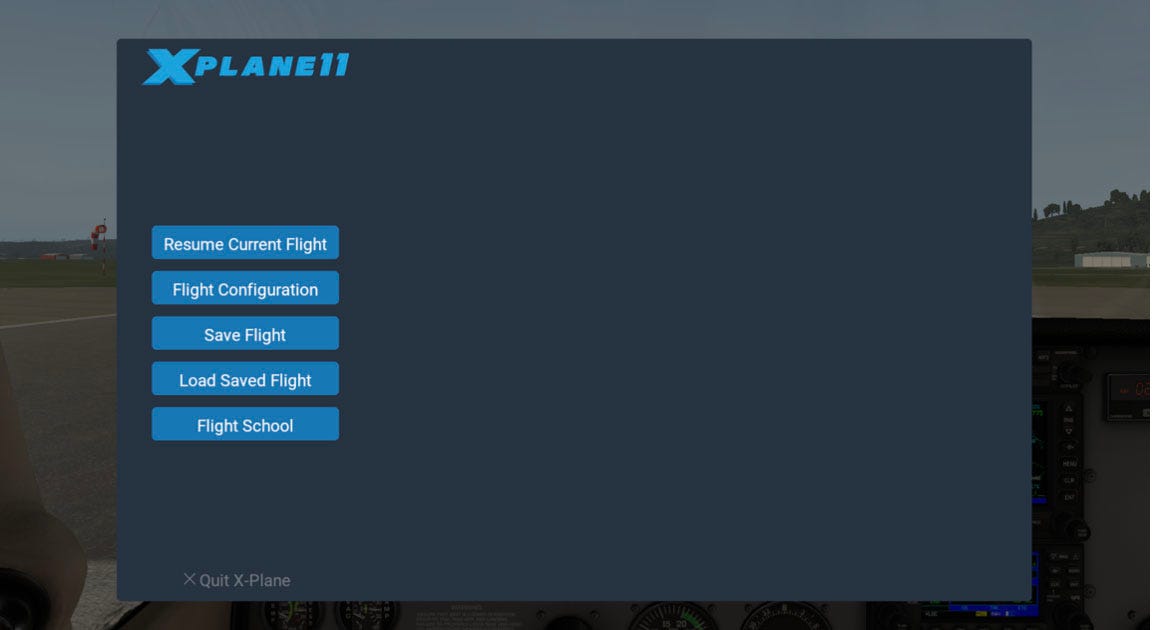 When it comes to weight and balance features for a Cessna 172, X-Plane provides a computational page featuring a total internal fuel slider (with options of left and right edits if we want different loads), a payload slider, and a total wight and endurance result progression circle. One lacking feature is the center of gravity component. We can change the CG to plus or minus inches from the typical location, but it won’t move based off of our airplane loading.

Microsoft gets more granular with variables and personalization. We can change the total or individual fuel tank loads, our four seat loads, or cargo load. Inputs to these eight variables yield a digital representation of the weight of the airplane but what we really appreciate is a moving center of gravity symbol along the airplanes axis. If we exceed the minimum or maximum CG, or weight and balance, we are prompted with visual cues. As a visual learner, I recognize the value of watching the CG of an airplane move aft as I load 50 pounds in baggage versus what happens when I add 50 pounds of fuel. 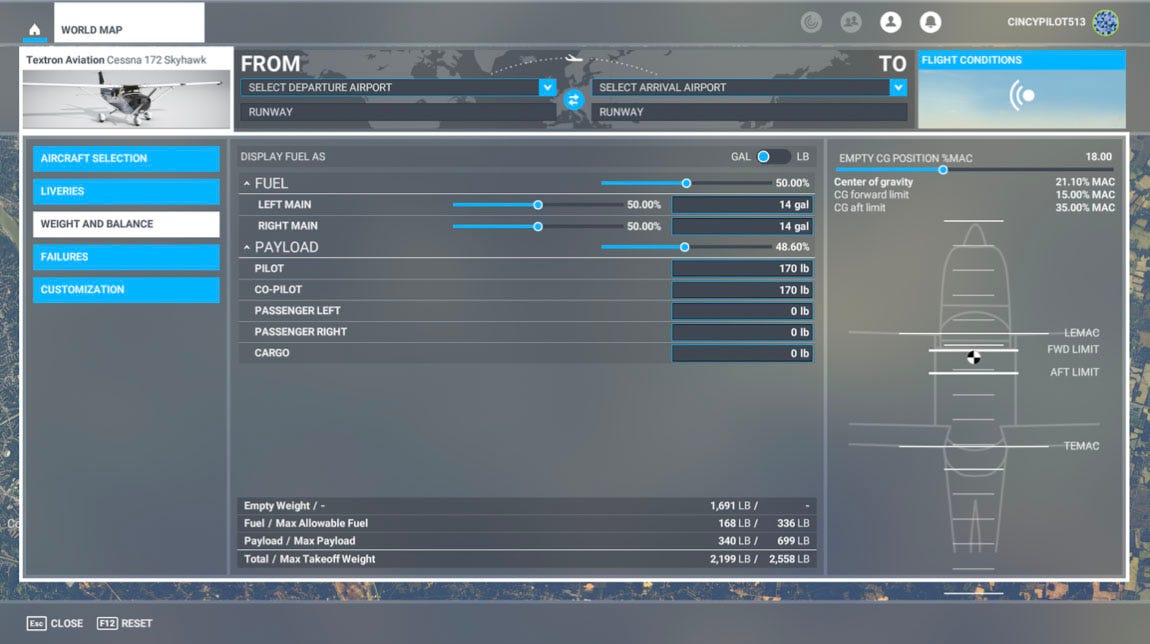 Failures are a feature that won’t be used as much by the student pilot, but seasoned aviators should recognize the value in practicing these scenarios and preparing ourselves for real life events. Microsoft provides a few default failures with each given a range of how many minutes in the failure can occur. There are slightly different options when you compare a Cessna 172 versus the Airbus A320, but not as detailed as some system junkies would prefer.

X-Plane on the other hand gives us 240 failure options for our familiar C172. When you jump in a more complex aircraft and multiply the engines, that number of options skyrockets. Another feature of X-Plane that’s distinguishable is the ability to batch together a selection of failures and designate the probability of the whole batch of features. Example: I want one of the 12 electrical failures to occur ever 100 minutes of flight time. As you continue to fly that aircraft, every 100 minutes a failure will occur with each failure having an equal 8.5% chance of happening. Lastly we can remove the probability layer and designate a failure to occur at either an exact altitude, speed, exact time, a mean time, or when the buttons “CTRL + f” are pressed.

Flight planning is an integral part of flight training. There were zero flights during my training where there wasn’t a briefing and plan on what the day’s flight would cover. Mainly because every time that Hobbs added a tenth of an hour I was paying for about two Chipotle burritos, but it was also a waste of time to just putt around. To keep a flight simulator a simulator and not a game, it’s important to migrate the flight planning phase into our digital flights. X-Plane offers a lot of customization for our departure airport, but there aren't any details we can designate regarding our destination. Sadly, X-Plane endorses the putting around scenario.

With Microsoft Flight Simulator, we have the ability to use a world map with configurable filters covering airspace, navaids, winds, precipitation, cloud layers, satellite view, and many more. Once an airport is chosen as our departure point, we’re provided an endurance circle showing how far we can fly determined by our cruise speed and amount of fuel loaded into our profile. Once our destination is determined we can further plan whether we would like our route to be direct GPS, via VORs, low altitude or high altitude IFR airways. Once the route is selected, we can further designate our cruising altitude and produce a nav log, calculating the different phases of flight. A final valuable feature of Microsoft’s program is that once we commit to a path for our flight, this path will automatically be programmed into our avionics—a very helpful and appreciated aspect for real world pilots. 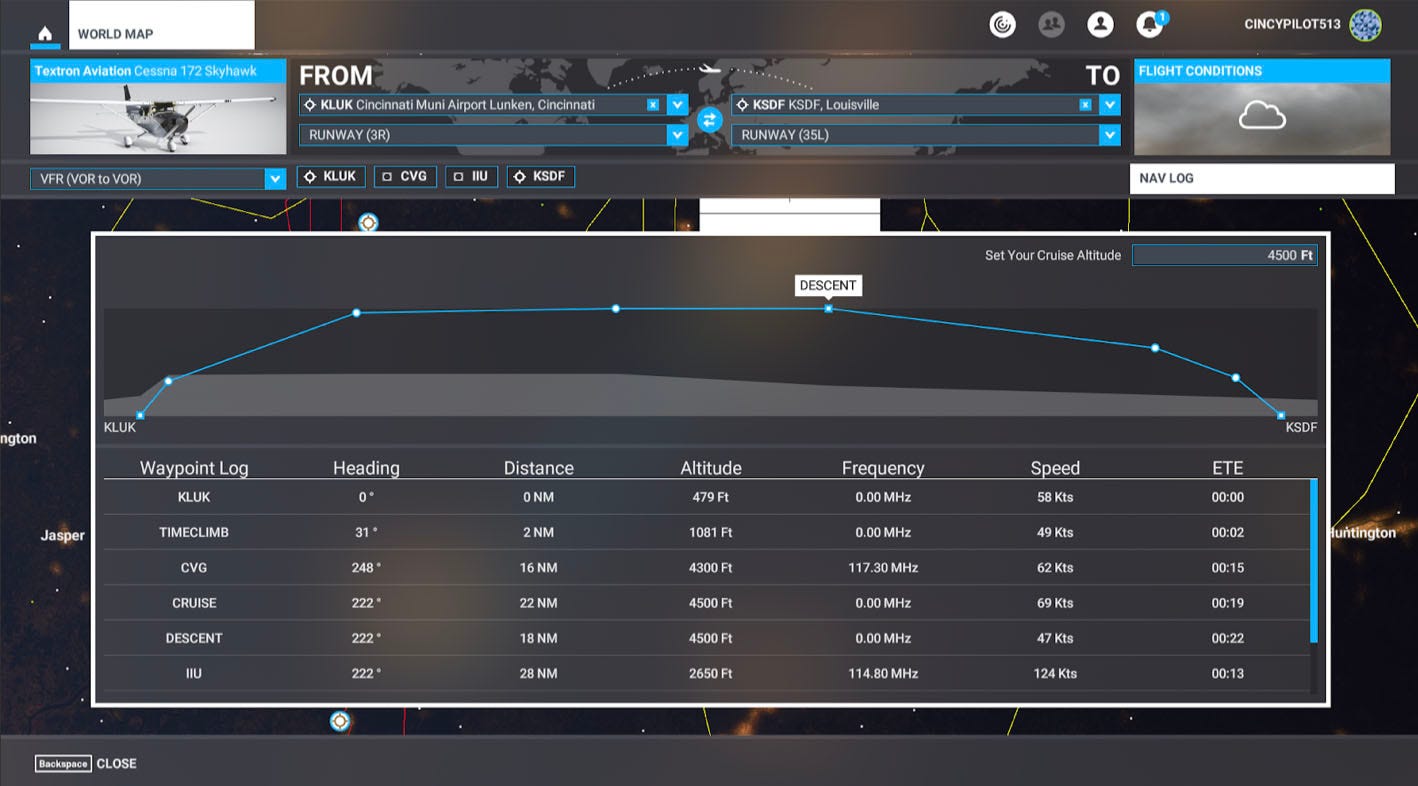 Once you have either one of these programs installed and running, there are thousands upon thousands of available avenues to take before you digitally kick the tires and light the fires. If you’re in the early phases of flight training, then Microsoft with their customizable yet imagery vivid flight plans are a very valuable tool that will carry over into real world application. If you’re in the later phases of training and want to practice focused failures or fly a preprogrammed scenario (Shuttle or carrier approach) then X-Plane may be the better option for you.

We purposely put together quick start 101 videos to better educate the potential buyer and assist in deciding if Microsoft Flight Simulator or X-Plane is the right program for them.

Want to learn more? Sign up for our Flight Sim Update email newsletter.