Jim Ruttler is on a mission. "The goal is to make health monitoring primary," says the avid pilot and airplane owner.  "It is just important, if not more important, than monitoring the temperature of your oil."

This mission is personal for Jim. A few years ago, with his Van's RV-10 complete but without an interior yet, he flew to Oshkosh with his family. On the third leg back from the show, from Chewelah, Washington, Jim, his wife, and two kids were breathing from a portable oxygen tank that was strapped to the back of one of the front seats. Jim knew they were fairly low on oxygen, but it was difficult to manage, with a tiny gauge hidden by the storage bag and cannulas.

Over the middle of Washington State at 14,500 feet, the tank finally ran out. As Jim says, though, "you really don’t notice because there is no practical difference in the feel of the breathing. We probably were out 15-20 minutes and I noticed that our younger son was sleeping. This worried me a little, so I passed around the finger pulse oximeter and both kids were very low, with the younger boy in the 70% range. We immediately wrestled the oxygen tank and saw that it was empty."

Jim immediately descended and landed at Ellensburg airport to check on everyone. Fortunately, there was and have been no health impacts from this incident, but it concerned him deeply. "I contemplated how little information I had on the health and safety of the passengers as compared to all of the engine and navigation information on our modern four-screen synthetic vision Advanced and Avidyne avionics. I was able to know the temperature of each cylinder in two different positions and see the world in synthetic view, but couldn’t see whether my kids were suffocating from lack of oxygen. We literally could be all in the green with instruments with the airplane practically landing itself, but completely dead at the stick and not a single warning would sound." 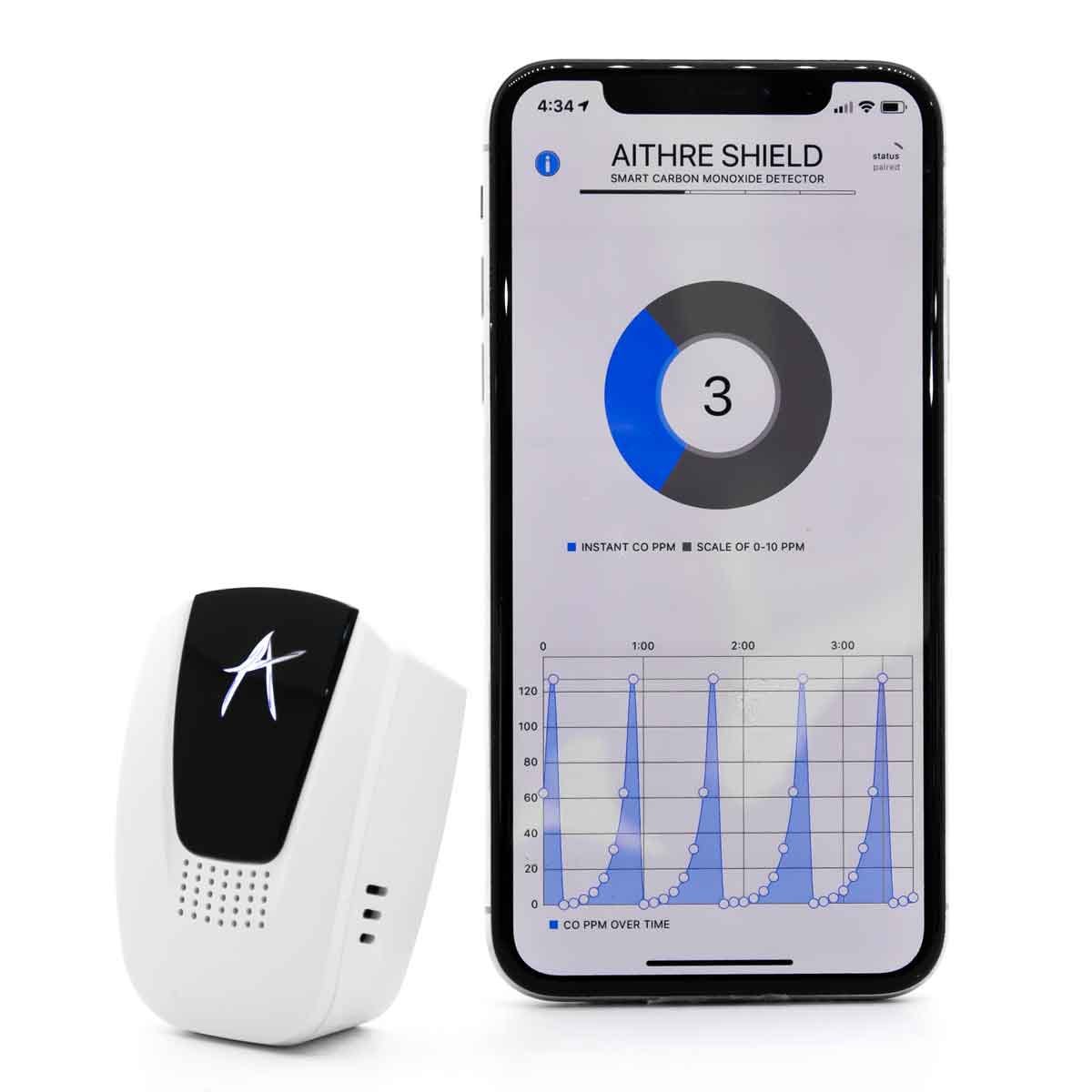 Jim says he was lucky that day, since the RV-10 is capable of reaching the flight levels and he often flies higher than 14,500. But he wanted more than luck to keep his family safe, so he and his wife, Zu, started researching and developing technology to monitor health in flight. That was almost four years ago and today, Aithre has a suite of Bluetooth Low Energy and iOS-enabled, always-on monitors. This includes a carbon monoxide detector, a full-time pulse oximeter, and a portable oxygen tank pressure monitor.

In addition to these products' innovative, always-on monitoring technology, Aithre monitors can also connect to a variety of displays for easy status checks—no more twisting around to read a tiny oxygen gauge! The Aithre Connect app allows pilots to monitor a variety of health and safety conditions in a single app, complete with pop-up and Siri alerts. Or connect to an experimental aircraft panel (Advanced Flight Systems, Dynon SkyView, and Garmin G3X) to monitor pilot health just like you monitor engine health. Jim Ruttler's vision has become a reality.