While pilots are no strangers to acronyms, this one might strike you as odd. Why would a portable headset fall under the scrutiny of the FAA? After all, neither your flight bag nor your flashlight needs an FAA approval. Why would any gear that is not permanently attached to the aircraft need TSO? 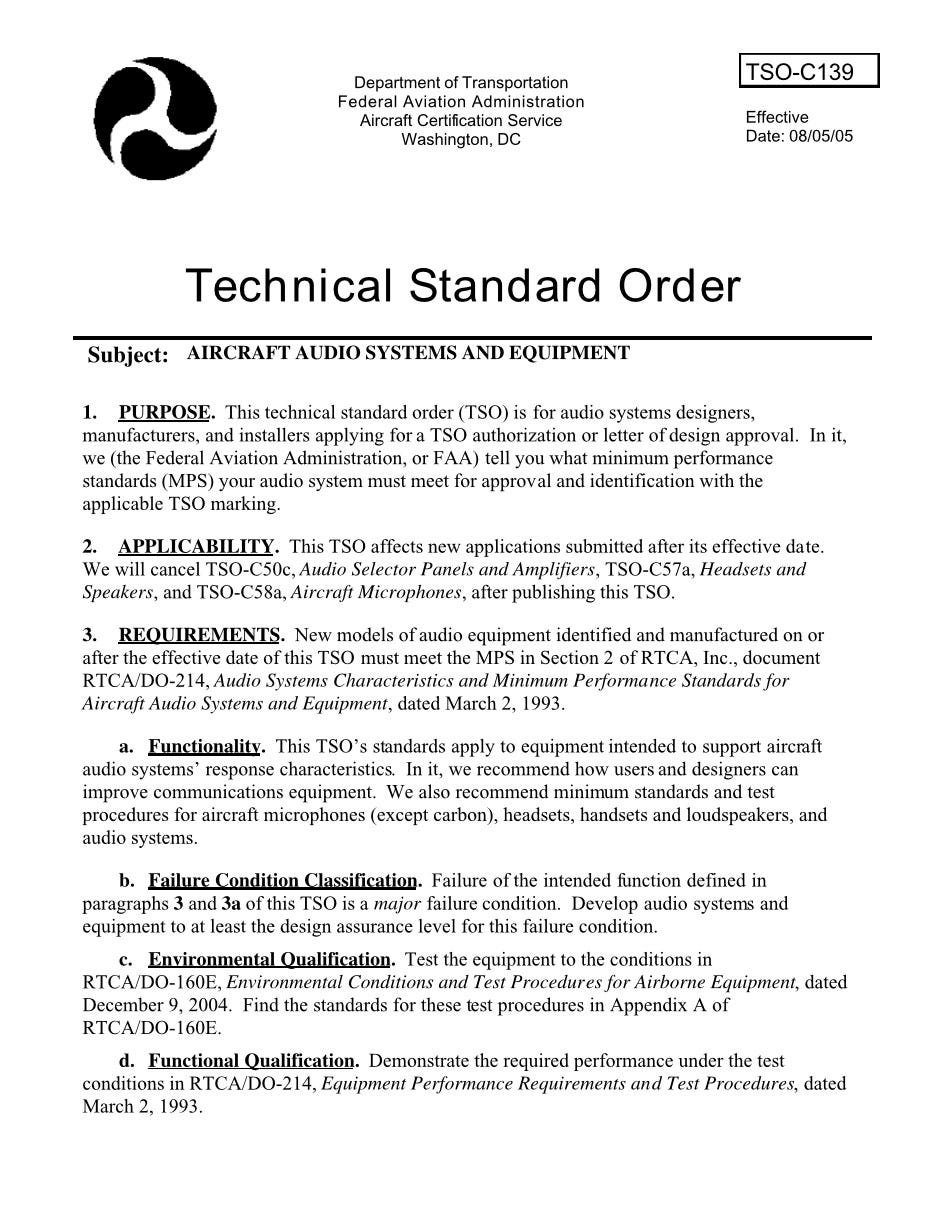 The answer for most pilots is that it doesn’t matter. Operating under Part 91 (GA) flying, there is no FAA oversight of what kind of headset is used in the cockpit (if you decide to even use a headset in the first place). The FAA comes into play when you look at Part 121 certification for the airlines. All airlines are required to comply with more stringent FAA regulations. The standards are known as OpSpecs and they can require the communication equipment of said aircraft to meet TSO standards.

These standards vary depending on the airline. We’ve heard several reports of OpSpecs requiring a TSO’d headset to be available in the cockpit, yet pilots can use their personal headset instead of the ship’s set (the headset that always stays in the cockpit with the plane). Other OpSpecs might specifically require the use of TSO’d headsets for communication. If you’re worried about violating a company policy, check with your chief pilot prior to purchasing a non-TSO’d headset.

If you’re a new flight student and are looking to transition to the airlines someday, it might be worth considering the TSO’d headset options. Keep in mind that most pilots take years from the time they start to the time they make it to an airline and they will go through several headsets during that time, so it’s hardly an essential feature.

What makes a Headset TSO’d?

Why buy a TSO’d headset if you don’t have to? Is there a benefit to having a headset that has the FAA’s stamp of approval? What does a manufacturer of headsets have to do to get the approval? Is this like the “FAA-approved” alternator that can be found for 80% less at the local automotive store?

Not exactly. The FAA won’t grant a TSO to just any headset. There is a long list of requirements that must be met prior to the granting of that designation. Some of it is crossing t’s and dotting i’s, but the testing procedure is pretty intense. It includes:

In addition to physical testing, a headset manufacturer must convince the FAA that it plans to service and support the headset for many years to come. Clearly-labeled parts that are replaceable, FAA inspections of the manufacturing facility, alerting the FAA of changes to parts, quality testing—the sheer volume of paperwork involved in getting a TSO and keeping the TSO can be pretty significant. It’s no wonder that only a few manufacturers go through the hoops to make TSO’d headsets. 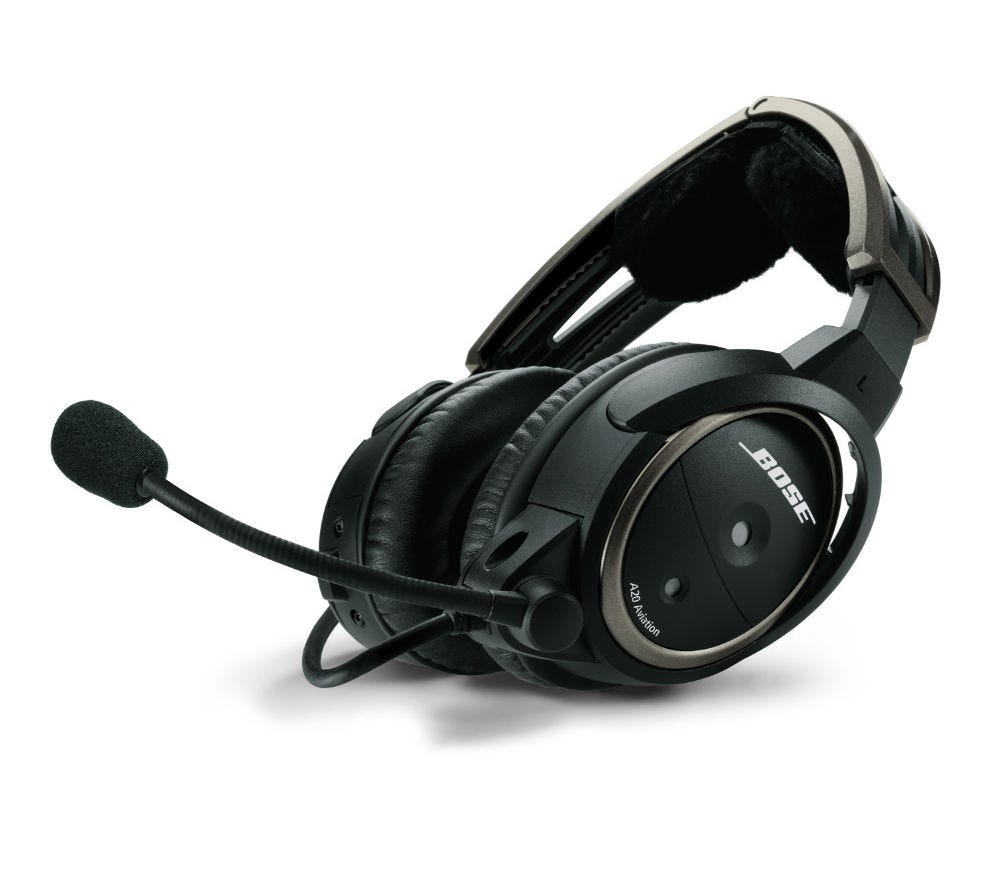 By definition, an STC is something that affects the type certificate (TC) of the aircraft. A TC is issued when the aircraft is manufactured. To alter the TC, you would need an STC. For example, if you want to replace the navigational lights on your aircraft, the replacement lights would need to have an STC for your specific type of aircraft. Lights that are STC’d for a Boeing 737 aren’t normally STC’d for a Cessna 172.

A TSO is a minimum performance standard for specified materials, parts, and appliances used on civil aircraft. When authorized to manufacture a material, part, or appliance to a TSO standard, this is referred to as TSO authorization. Receiving a TSO authorization is not an approval to install and use the article in the aircraft. It means that the article meets the specific TSO. There are different TSOs for different parts of the aircraft (ie, the TSO for life vests is different than the TSO for headsets).

If you are occupying the left seat on a major airline flying heavy iron across the pond, you’ll probably need a TSO’d headset. If you’re going to be in a single-engine bug smasher for the next four years, you probably don’t need to check the TSO box.

If you can’t sleep at night and want to check out the current TSO-C139, you can find the complete document here. Don’t forget the referenced 250+ page document, RTCA/DO-160E: Environmental Conditions and Test Procedures for Airborne Equipment. I’d suggest reviewing the riveting chapter on salt fog testing, or maybe magnetic effect? It’s a real page-turner. You might as well memorize 14 CFR 21 while you are at it. If you are still looking for more excitement, try watching paint dry.

Posted in PIREPs and Headsets