If you ask an avionics shop about this subject, they will probably hang up the phone on you. There are two good reasons for this. First, they’re not going to make any money on you. Second, portable radios are not suited for everyday use in aircraft; they lack the power, durability, and regulatory oversight for prolonged use in a cockpit.

While the general consensus is that portable radios don’t belong as a primary source, there are still plenty of aircraft out there that don’t have radios at all. Some were manufactured without electrical systems. Others might be homebuilt ultralights or Light Sport Aircraft. The question we like to ask: “Is a portable radio setup better than no radio at all?” The resounding answer is “yes.”

Since encouraging portable radios for primary use has been frowned upon throughout the aviation industry, it is really hard to get guidance on how to do it properly. The pilots at Sporty’s put together these helpful tips to make it a little easier.

The first, and most important, part of your setup will be your radio. We like to think that most portable aviation radios can be adapted to be used as a primary. There are three main things to consider when choosing a radio.

#1 Use with a headset 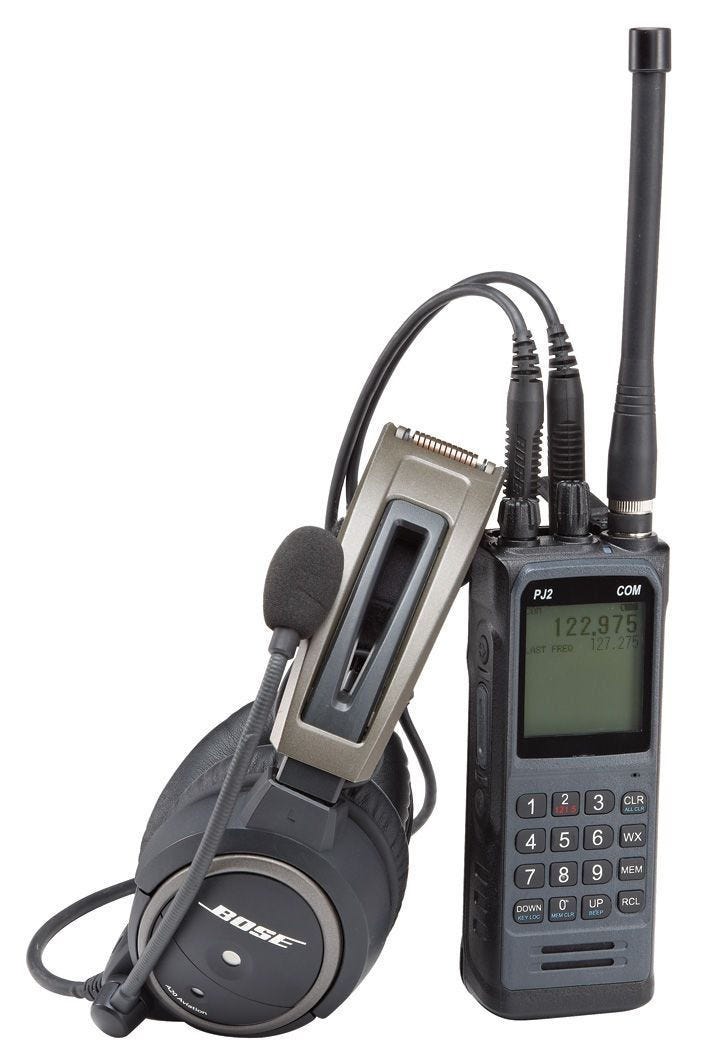 Unless you are flying a glider, you are probably going to be wearing a headset in the cockpit of your aircraft. Engines are loud and you’ll need to protect your hearing anyway. The good news is that most aviation headsets will work fine with most aviation radios. Almost all radios will require an adapter to plug in your headset, but many include the adapter or it is available as an optional accessory. Some radios, like the PJ2 COM, has standard twin headset jacks on the top, removing the need for an adapter. The fewer adapters you use in your system, the better off you are going to be.

Most portable radios have an included battery pack. Some are rechargeable, others have a standard AA alkaline option. If you are planning on flying often, a rechargeable pack can save you some money. However, much like your cell phone, after a few years, your battery won’t work as well as it did when it was new. Always have a backup power option for your radio. Alkaline batteries are pretty reliable and easy to keep extras on hand. If you have an alternator and 12 volt receptacle available, you can plug your radio into ship power. Some portable radios, like the PJ2 COM radio, can be powered by a backup iPad battery brick. The main point here is that you need to have more than one option for powering your radio.

Portable radios are operated by pressing a button on the side of the radio. This initiates the transmission. Pushing the side of the radio while flying can be fairly difficult, so most pilots will use a remote PTT switch. The switch can be mounted someplace readily accessible, like a stick or yoke, and allows you to keep the radio in a more convenient location. Some PTT switches are in-line, others might have a special port on your headset adapter for operation. 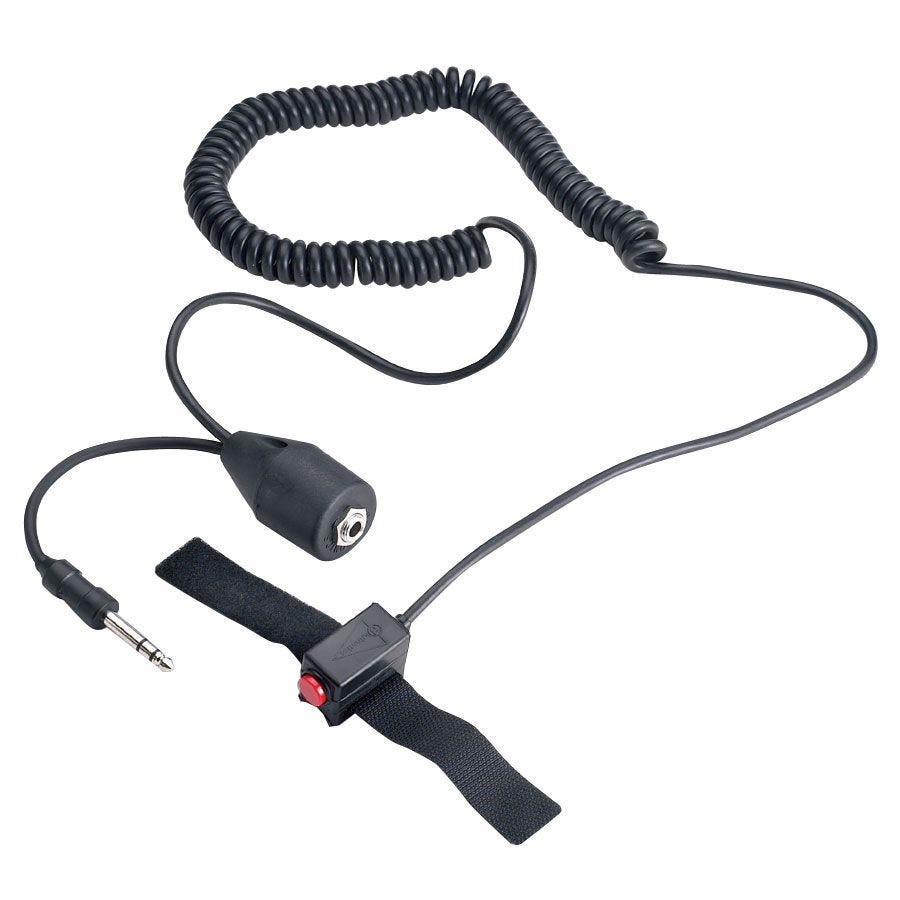 Portable radios are limited to the amount of power they can use for transmitting (thank you FCC). Most radios have a 5 watt or 6 watt Peak Emitting Power, or PEP.  This number isn’t really that important, as the question we pilots always ask is, “How far can I transmit?” You’re going to find most portable radios to have a range of 7-15 miles. This is affected by many things: humidity, terrain, structures, interference, and even solar wind. Many pilots are disappointed in the transmit distance for portable radios. To maximize your distance, use fresh or fully charged batteries, and install an external antenna. A high quality antenna outside the aircraft can sometimes double the range of your portable radio. Try to manage your expectations, because if you are trying to call approach control from 30 miles out, you’re going to be disappointed. Instead, call the tower from 6-9 miles out.

This is where it gets a little more complicated. Plugging one headset into one radio is easy.  But what happens when I want to talk to the person next to me? Intra-cockpit communication is done with an intercom. Portable intercoms allow the pilot to plug multiple headsets into it, and create an environment to communicate while not transmitting on the radio. Portable intercoms can be found in 2, 4, or even 6 place configurations. They require power, normally in the form of a 9V battery. The most popular portable intercom at Sporty’s is the Sigtronics Transcom III. The intercom is then plugged into your radio, allowing communication to the outside world.

Notice that we have neglected to mention navigation? Many of the portable radios today are NAV/COMs. This means that in addition to communicating with ATC, you can use them to navigate with VORs.  Some even have a built-in GPS for waypoint navigation. While navigation could be done on a portable radio, it’s much easier to navigate with an iPad or phone. The accuracy and plethora of information available on your phone is much better than trying to chase needles on a little black and white screen. As such, most pilots today are buying a radio for communication only, not navigation.

While there are many options available, we found this combination of products to be the most common for portable radio setups.