The typical general aviation panel has changed dramatically over the last two decades. Whereas once the top of the line was vacuum-driven “steam gauges” and a couple of NAV/COM radios, today even 60-year old airplanes typically sport moving map GPSs and possibly even integrated glass cockpits. These new avionics make flying safer and easier, but they do add some new responsibilities for the pilot in command.

That’s why a ground power unit (GPU) can be so valuable. These increasingly powerful devices make it easy to run your panel without starting the engine, depleting your battery, or running the Hobbs. Here’s how to find the right one for your airplane.

What is a GPU? 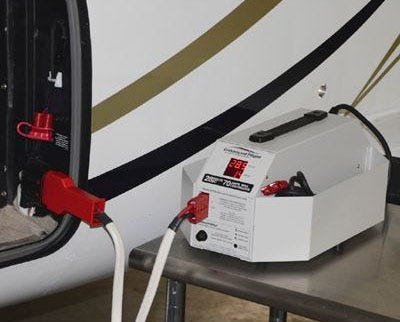 When you hear the term GPU, you might think of a large power cart used by FBOs to help start jets. That’s probably outside the budget for most pilots, so here we’ll restrict ourselves to smaller airplane chargers that are made for piston and light turbine airplanes.

A GPU is just what the name suggests: it provides power, specifically electrical power, to your airplane while it’s on the ground. A typical setup includes a small metal case with all the electronics inside; one end is plugged into a standard wall outlet and the other is plugged into the airplane’s external power port. Once the GPU is turned on, you can get inside the airplane, turn on the master switch, and fire up all the avionics. Take as long as you like—since the GPU is now running the airplane, your aircraft battery won’t run down.

We’ve used a GPU for all kinds of tasks, but the two most common are:

Once you’ve decided to buy a GPU, you’ll quickly face two decisions: which voltage and how many amps. The right answer will depend on your airplane’s electrical system and your typical use. 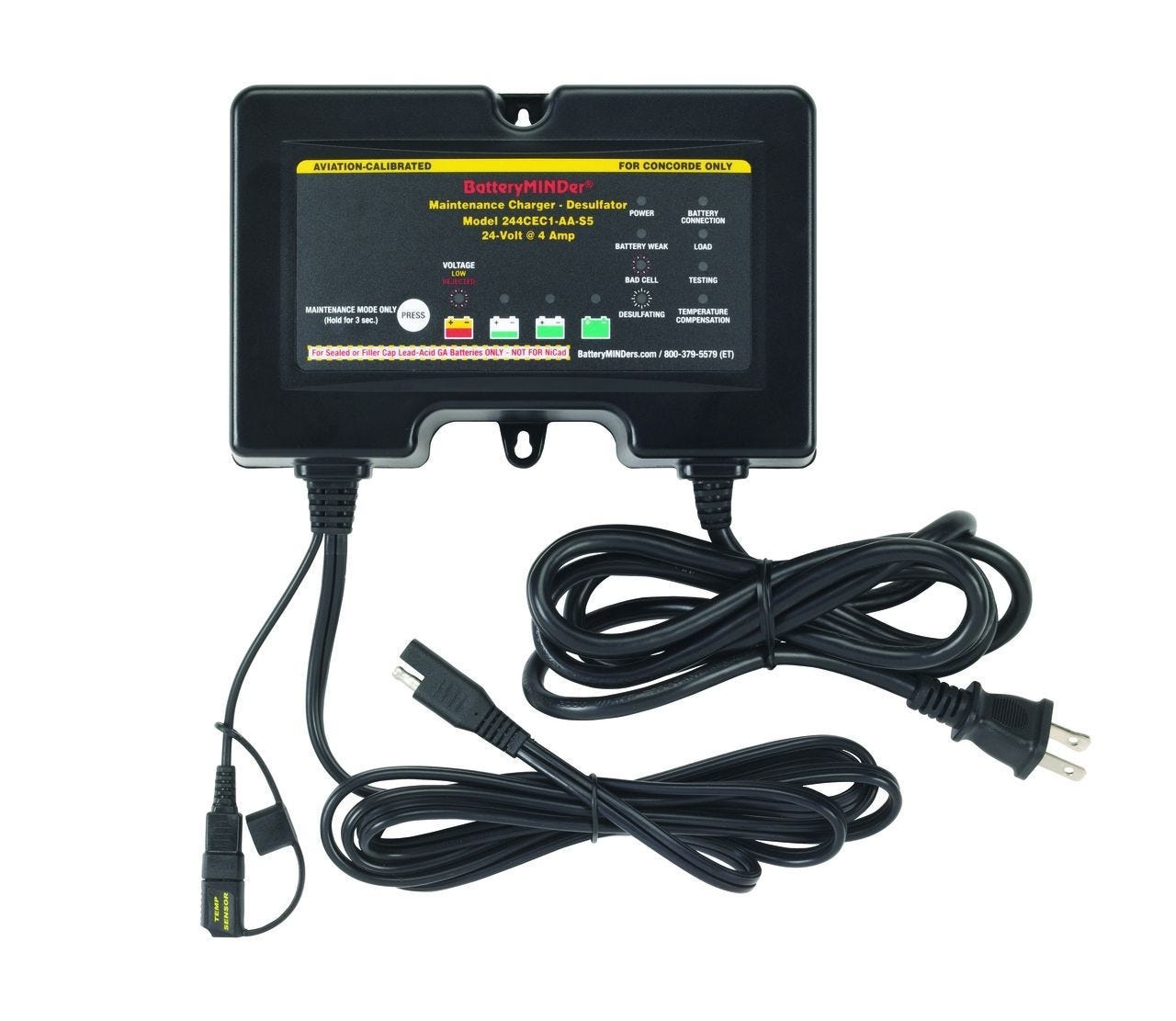 If you’re shopping for a GPU, you may notice a similar product: long term battery maintainers, like the Battery Tender or BatteryMinder. These work great, but have a very different role. Unlike a GPU, which is designed for limited duration use while the pilot is with the airplane, a BatteryMinder is a trickle charger that’s designed to run full-time while the airplane is shut down. These are ideal for airplanes that don’t fly often, especially during winter months. Simply plug in a BatteryMinder and walk away—it will keep your airplane’s battery topped off and ready to go, even if your next flight is many weeks away.

A BatteryMinder connects directly to the battery, either with ring terminals or with a quick disconnect plug, while a GPU typically uses the external power port (often a three-pin plug located on the side of the engine cowl). The advantage with the BatteryMinder is that the airplane’s master switch does not need to be on to work, like it does for a GPU. If you’re considering a battery maintainer, we strongly recommend the BatteryMinder line because they are the only ones made specifically for aviation. Aircraft batteries do have unique chemistry and cheap lawn mower battery chargers can easily damage a Concorde or Gill battery.

For the ultimate in battery care, you can even buy a GPU with a BatteryMinder built in. With this setup, you can use the full 35 or 70 amps for avionics work, then leave the BatteryMinder in charge when you’re gone. The result will be a strong start the next time you twist that key.

That’s the backstory. Which model is right for you? Here are some of our recommendations: